Being a book-lover, I curled up with my cat to read a classic.

…into a brilliant book-lover: 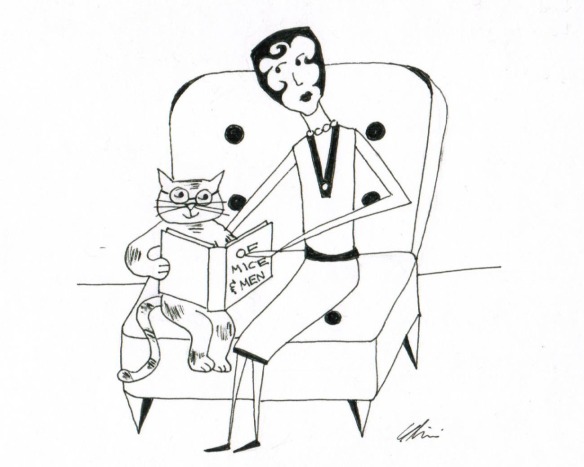 Being a book-lover, my cat curled up with me while I read a classic.

This week’s headline from The Onion says it all: “4 Copy Editors Killed In Ongoing AP Style, Chicago Manual Gang Violence.” (By the way, in case this gets picked up in China, The Onion is a satirical newspaper… no editors died over comma usage and capitalization this week, as far as we know).

But if you’ve ever worked for a major publication or written an academic paper, you know that style guides are no laughing matter — especially when you’re faced with a hair-pulling grammatical conundrum. Comma or no comma at the end of that list? Is that one compound word or two words with a hyphen between them? And once and for all, is it website, web site, or Website … or Web site?!

The answer, it turns out, isn’t an absolute truth — nor is it something that stays the same over time. It depends on what style guide you’re using, and how recently it was updated. Style guides, like the dictionary, are always evolving. In 2011, the Associated Press caused a stir when its style guide finally moved from the hyphenated “e-mail” (you know … electronic mail) to just plain old “email” (the thing that needs no explanation).

So which style guide should you be using for that article, blog post or paper? Well, you can’t just pick one willy-nilly — there are rules and guidelines to follow, dammit! (Turns out people who worry about grammar for a living also tend to like rules in general…) Chances are, there’s a specific style guide you should be using. Here’a rundown of the big players:

The Associated Press Stylebook: Most widely used by journalists, sometimes called the journalist’s bible. If you’re writing for a newspaper, the AP Stylebook is your new pal.

The Chicago Manual of Style: This bad boy — common in book publishing — gives the AP manual a run for its money, calling itself a guide for writers, editors and publishers.

The Yahoo Style Guide: Obviously, this guide doesn’t date back to 1906 like the Chicago style guide. But it speaks to an increasingly international online readership.

So, are these guys likely to play nice and consolidate into a single style guide that makes life easier? Well, no. This isn’t likely to change any time soon because a.) editors are stubborn (I should know — I am one) and b.) style guides are actually based on practical and stylistic preferences for a particular medium, as Poynter points out:

That’s just one example out of hundreds. Sure, spelling ‘website’ four different ways across four different style guides might seem silly — but hey, we editors are a silly bunch sometimes. Still, the fact is, what style you follow if you’re writing for an international, online audience differs quite a bit from if you’re presenting your research in print to an academic audience who’s already well-versed in your field. Plus, a little variety in style never hurt anyone (as long as it doesn’t actually spark AP Style vs. Chicago Manual gang violence).

So next time an editor asks you to follow a particular style guide that you’re not familiar with, don’t a.) make it up, or b.) tell him or her that you’re opting out of this whole style guide thing, unless you’re prepared for something like a scene out of Michael Jackson’s “Beat It” video (that is, a spectacular fight … not spontaneous choreographed dancing, though that would be awesome).

Here’s hoping our quest for better writing remains a peaceful one! 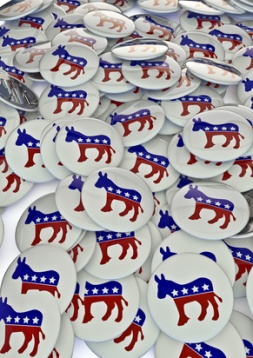 Last week at the Democratic National Convention, Bill Clinton delivered a speech to remember. It was pointed, impassioned, and at just under 50 minutes, filled with Clinton’s own ad-libs and asides that tested the skills of his teleprompter operator. (He added 2,300 words to his 3,200-word speech — a 72% increase.)

This set the Internet a-Twittering about Bill Clinton, master ad-libber. News organizations released a text vs. audio comparison of his now famous DNC speech, revealing the thought process of a great orator who knows how to use language in a way that instills agency and inspires action.

Clinton made a number of noteworthy edits on the fly. He changed “should vote for Barack Obama” to “must vote for Barack Obama,” conveying a sense of urgency. He used “we” instead of “you,” which says, “we’re in this together.” He added in no-nonsense, conversational lead-ins like, “You see, we believe that X” or “Now, we all know that X,” setting up the vivid portrait of contrast he painted between the two candidates.

But in my mind, one of the best and most important edits was also one of the smallest. It happened at the very beginning of his speech (see the full edited transcript):

A man who stopped the slide into depression and put us on the long road to recovery, knowing all the while that no matter how many jobs  he saved or created, there were still millions more waiting, trying to feed their children and worried about feeding their own kids, trying to keep their hopes alive.

Clinton went from the passive voice (Jobs were created and saved…) to the active voice (He saved or created jobs…). Now, you probably remember the passive voice being maligned by your middle school English teacher (Grammar Girl explains the difference between active and passive voice, if you want details) — but why is this so important?

As Constance Hale put it in her New York Times column, “In the active voice, the subject performs the action. In the passive voice, the subject is acted upon.” So it’s a question of agency. WHO created and saved these jobs? If “jobs were created and saved,” it leaves open for interpretation who should get credit for this action. Maybe it was the Democrats, maybe it was the Republicans, maybe it was just a matter of luck.

By saying “he saved or created” these jobs, Clinton is giving the credit to President Obama without a doubt. It empowers him as a job creator, rather than making him a passive observer of something outside of his control. It’s a small but significant edit at a time when job creation (and Obama’s ability to make it happen) is at the forefront of the 2012 election.

That doesn’t mean, of course, that the passive voice is always wrong. Sometimes, like in certain kinds of scientific and academic writing, it makes sense to diminish yourself or the “actor” in the sentence. For example, “The monkeys were found to respond well to X” rather than “We found the monkeys responded well to X.” In this case, the researchers don’t want to insert themselves too much into the writing because it distracts the reader from their findings. This style often makes sense in crime or accident reports as well.

But as with all writing, there should be a conscious choice behind the voice you use. Remember, there’s a big difference between saying “I made a mistake” vs. “Mistakes were made.” The former is a disarming statement of strength that’s likely to get people’s attention — and hopefully earn their forgiveness. The latter is slimy and slippery, suggesting that no one is willing to take charge or own up to bad decisions. In general, passive voice isn’t the best way for politicians or other leaders to win over trust.

So when in doubt, if you’re speaking in public, go active like Clinton does. Here’s a little mnemonic device to help you out: Active voice is for agents. Passive voice is for pushovers. 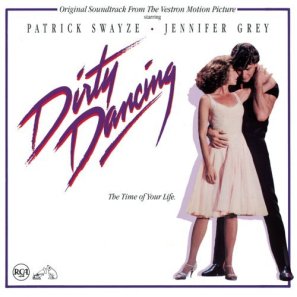 This week marks the 25th anniversary of when Johnny met Baby, and a leotard-clad Patrick Swayze (RIP, Patrick!) danced his way to heartthrob status. Dirty Dancing debuted in theaters on August 21, 1987, becoming one of the most beloved films of the 1980s — and my life.

Still, I can admit that Dirty Dancing doesn’t always make sense. The biggest incongruity is the nonsensical (yet oddly addictive) soundtrack. The characters boogie down to some very ‘80s-sounding songs in a movie clearly set in the ‘60s. Considering this major discrepancy — which I excuse due to the sheer awesomeness of Dirty Dancing — it might seem strange that for years, my biggest problem with the movie was these two lines crooned by Eric Carmen in Hungry Eyes (the song that accompanies the dance practice montage where Johnny starts to fall for Baby):

What’s wrong with this famous refrain, you ask? Well, let’s forget for a moment that it rhymes the word “eyes” with “I” (I mean, think about how much better it rhymes with romantic words like “thighs,” “french fries,” or “cauterize”). The real conundrum is the phrase, “between you and I.”

If you’re a stickler for grammar, then you’re thinking to yourself that this should be “between you and me” — and you’re right (Grammar Girl offers a great explanation of why that’s the case, for those of you who geek out over pronouns). Basically, saying “between you and I” is like saying “between we” instead of “between us.” I know, artists often take license with grammar in favor of rhyming, rhythm, or emotion. But Eric Carmen isn’t the first or last singer to belt out that erroneous phrase with a whole lot of feeling — Jessica Simpson has a song called “Between You and I.” So why does this pesky error persist?

Well, one theory is pretty simple.  As the website for Oxford Dictionaries puts it, “People make this mistake because they know it’s not correct to say, for example, ‘John and me went to the shops’. They know that the correct sentence would be ‘John and I went to the shops’. But they then mistakenly assume that the words ‘and me’ should be replaced by ‘and I’ in all cases.” We’re over-correcting ourselves with what we think sounds right.

The second theory is more complicated. A recent Lexicon Valley podcast for Slate presented a riveting debate (seriously) that managed to change my mind about the supposedly errant phrase in “Hungry Eyes.” It suggests that “between you and I” might not be “wrong,” per se. After all, it’s used more widely than “between you and me” by everyone from Shakespeare to Mark Twain to that guy you overheard on the train.

In other words, maybe the rules of language are dynamic. If a word or phrase catches on — anything from “gotta” to “bling” to  “between you and I” — it becomes a part of our cultural repertoire and contemporary language. Sometimes it even becomes officially sanctioned by the Oxford English Dictionary. It might not be grammatically correct, but that doesn’t mean it’s going away. The key is knowing when it’s important to follow the rules (i.e. if it’s your job to write grammatical, accurate prose) and when it’s okay to play with them, like in music, creative writing, and even daily conversation.

After all, good writing and communication isn’t always about the rules — it’s about how it feels, kind of like dancing. As Johnny Castle would say, “It’s not the mambo, it’s a feeling… a heartbeat.”