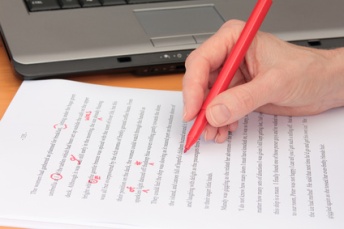 This week’s headline from The Onion says it all: “4 Copy Editors Killed In Ongoing AP Style, Chicago Manual Gang Violence.” (By the way, in case this gets picked up in China, The Onion is a satirical newspaper… no editors died over comma usage and capitalization this week, as far as we know).

But if you’ve ever worked for a major publication or written an academic paper, you know that style guides are no laughing matter — especially when you’re faced with a hair-pulling grammatical conundrum. Comma or no comma at the end of that list? Is that one compound word or two words with a hyphen between them? And once and for all, is it website, web site, or Website … or Web site?!

The answer, it turns out, isn’t an absolute truth — nor is it something that stays the same over time. It depends on what style guide you’re using, and how recently it was updated. Style guides, like the dictionary, are always evolving. In 2011, the Associated Press caused a stir when its style guide finally moved from the hyphenated “e-mail” (you know … electronic mail) to just plain old “email” (the thing that needs no explanation).

So which style guide should you be using for that article, blog post or paper? Well, you can’t just pick one willy-nilly — there are rules and guidelines to follow, dammit! (Turns out people who worry about grammar for a living also tend to like rules in general…) Chances are, there’s a specific style guide you should be using. Here’a rundown of the big players:

The Associated Press Stylebook: Most widely used by journalists, sometimes called the journalist’s bible. If you’re writing for a newspaper, the AP Stylebook is your new pal.

The Chicago Manual of Style: This bad boy — common in book publishing — gives the AP manual a run for its money, calling itself a guide for writers, editors and publishers.

The Yahoo Style Guide: Obviously, this guide doesn’t date back to 1906 like the Chicago style guide. But it speaks to an increasingly international online readership.

So, are these guys likely to play nice and consolidate into a single style guide that makes life easier? Well, no. This isn’t likely to change any time soon because a.) editors are stubborn (I should know — I am one) and b.) style guides are actually based on practical and stylistic preferences for a particular medium, as Poynter points out:

That’s just one example out of hundreds. Sure, spelling ‘website’ four different ways across four different style guides might seem silly — but hey, we editors are a silly bunch sometimes. Still, the fact is, what style you follow if you’re writing for an international, online audience differs quite a bit from if you’re presenting your research in print to an academic audience who’s already well-versed in your field. Plus, a little variety in style never hurt anyone (as long as it doesn’t actually spark AP Style vs. Chicago Manual gang violence).

So next time an editor asks you to follow a particular style guide that you’re not familiar with, don’t a.) make it up, or b.) tell him or her that you’re opting out of this whole style guide thing, unless you’re prepared for something like a scene out of Michael Jackson’s “Beat It” video (that is, a spectacular fight … not spontaneous choreographed dancing, though that would be awesome).

Here’s hoping our quest for better writing remains a peaceful one!