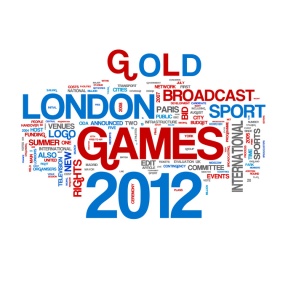 Part of what makes the Olympics so riveting is our voracious, Michael Phelps-sized appetites for controversy. From bad-attitude badminton players to the trending topic of Gabby Douglas’s hair, we can’t seem to get enough of Olympic-inspired drama. As viewers, we judge and score the athletes from afar (“She wore that much mascara for a race?!” or “They gave a 9.5 to that guy who runs like Charlie Chaplin?!”) like the Olympian gods from on high.

One of America’s favorite Olympians to watch was Ryan Lochte: Will he win another gold? Is he better than Michael Phelps? What ridiculous thing will he say next in an interview? His interviews were so bad, they became an Internet sensation of their own.

What followed was a slew of articles calling Lochte “more brawn than brains,” a jock, a meathead, and even sexy but dumb. Now, I won’t defend everything Lochte has said or done. But I will say I’ve never been a huge fan of labels like jock or meathead. So where do these words come from? Well, they’re certainly nothing new. The term jock came into use in the 1950s or 60s and is actually shortened from jockstrap. Meathead probably goes as far back as the 1860s and is quite literal in its origins (a head made of meat), but rose to popularity thanks to All in the Family. (Interestingly, nerd also rose to prominence in the early 1950s, and sissy dates all the way back to the late 1800s.)

In other words, we still rely on old-fashioned words and thinking to fit people who are different from us into neat little boxes, because we’re too lazy to deal with the fact that nobody is that simple. If we’re going to have high expectations around cultivating Olympians who are well-rounded citizens for life — not just heroic athletes for two weeks every four years — we need to have more meaningful discussions. We can’t just criticize China’s Olympic program and pat ourselves on the back for a job well done.

I remember a moving NPR piece from 2008 that looked at what happened to Olympians after their prime — especially the vast majority who never win a medal. They give their bodies and their best years in pursuit of something bigger than themselves. But when it’s all over, they have the extremely difficult struggle of trying to find out who they are when they can no longer do what has defined them their whole lives. Ryan Lochte isn’t going to be able to avoid the question Michael Phelps is facing now, and that so many Olympians have faced before: what next? (After all, partying and appearing on The Bachelor or Dancing With the Stars aren’t long-term plans.) Jock or not, I wish him the best.

2 thoughts on “Jock, meathead, and other words used to describe Ryan Lochte”